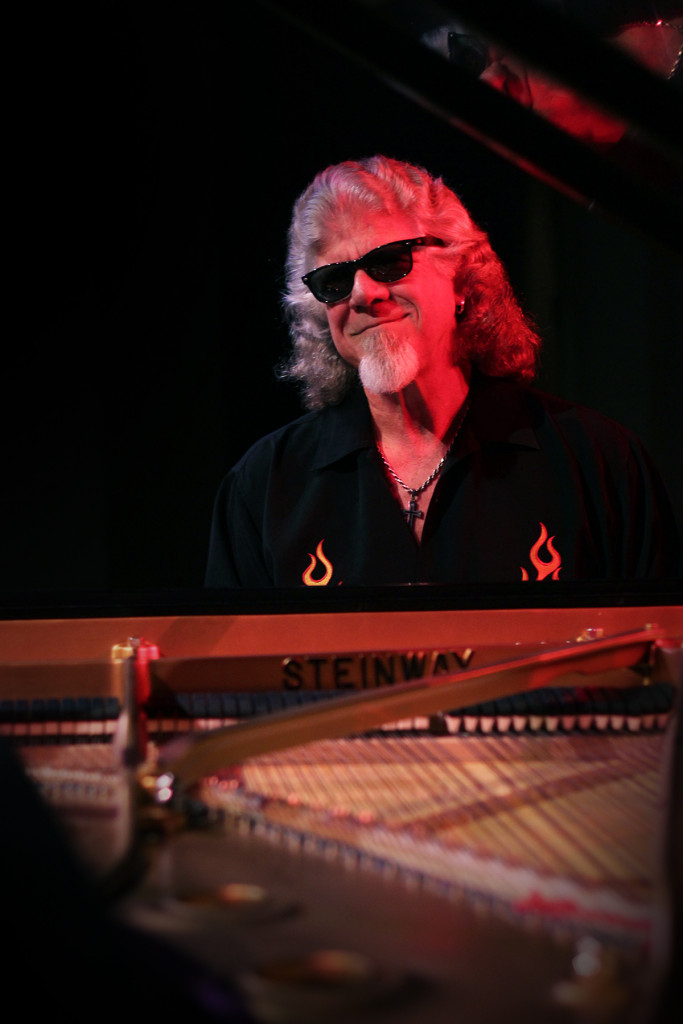 He began his musical career at a very young age. Taking voice from the age of six onward, he grew up singing in choirs, acting and singing in stage plays, learning to play piano, guitar, and bass and playing in bands.

Gray moved to California in 1978 after working many years in Texas with multiple bands and finally working for Mickey Gilley at the original Gilley’s in Pasadena Texas from 1974 to 1978. In California he earned a degree in Audio Engineering and built a recording studio called Audio Image Recording (A.I.R.) There he spent countless hours in the studio engineering, producing, playing on sessions and recording many different projects. He has produced hundreds of albums for a great variety of artists.

Gray’s writing career includes writing songs since 1970. He has collaborated and recorded songs with hit songwriters such as Randy Sharp, Bobby Boyd, WC Clark, Coleman Head, Rusty Wier, Bill Wildes, and many more. Gray received multiple awards for his songwriting from BMI and Billboard Magazine. In 2003 Gray Gregson, W.C. Clark and Bobby Boyd all received the coveted W.C. Handy Award for co-writing the Blues Song of the Year “Let It Rain”.

After moving back to Austin Texas from California in 1998 Gray has been involved in many musical projects. One of the first bands he joined after moving back to Texas was Duck Soup “The Unofficial Band Of the PGA Tour”. Gray then went on to play with Rusty Wier, W.C. Clark, Donna Hightower, The Daddios and Bobby Boyd. Somewhere along the way he was introduced to the dueling piano concept and moved to San Antonio to work for Howl At The Moon. He preformed there on the San Antonio Riverwalk for almost 8 years as a dueling piano player for Howl At The Moon.

In 2009 Gray left San Antonio and moved to San Marcos Texas to join his brother Scott Gregson in building the Texas Music Theater. They converted the old historical movie theater on the square in San Marcos into a state of the art concert venue. The project won awards from the State of Texas for the best reuse of a historical building. The Texas Music Scene with Ray Benson is still filmed there on a regular basis. Gray and his brother Scott owned the venue until Feb of 2017

Gray is presently still living in San Marcos Texas and actively involed in writing and recording at his home studio. Currently he plays reguarly on the Riverwalk in San Antonio Texas at Durty Nelly’s during the week but also travels doing full band, single, and dueling piano shows all over the US and internationally on a regular basis. He is a truly exciting performer and a must see if you have never experienced his show.